See "CORPORATE VALUES" by Michael Juul Jensen at the end of this article.
Corporate values - it sounds boring. Corporate valuez..zzzz...
Storytelling has recently been the buzzword in management.
I went to a couple of storytelling seminars - zzzz..ztorytelling zzzz..zeminars!!!

Did you know that Pfizer Inc. has shown great interest in the combination
of corporate values and storytelling as a sedative drug for those who suffer from insomnia?

Managing director Henrik Thorning, president and founder of Fiberline Composites, Inc.
had won the Danish Industry Initiative Award.
I always make an art work to the award winner.
I met him in his factory - I was searching for some inspiration.
He showed me everything - enthusiastically.
He told me everything - enthusiastically.
He had just finished a timeconsuming work of developing the corporate values for the company.
But they were not implemented, yet.
And.
As he saw the logo I had made to 1st grad at Hedensted school.....

Henrik Thorning  was excited.
Yes.
Yes.
Yes.
Make a story about SOFUS.
Exactly as pedagogically as the 1st grade logo.

Sure.
Sure.
And my very own storytelling concept had popped up.

A little bit of information to the reader:
Why a story about SOFUS?
Fiberline Composite, Inc.'s corporate values focused on  Samspil=Interplay, Ordentlighed=decency, Forudseenhed=foresight, Udfordring=challenge and Sund økonomi=Yield a profit. The initials says SOFUS.
(......in English I still will call him SOFUS.  Interplay, Decency, Foresight, Challenge and Yield a profit
says IDFCY....we couldn't call him IDFCY?)

My name has five letters.
They are the initials (in Danish) of five keywords,
that describes the values on which my company builds its business.
The first keyword is interplay. 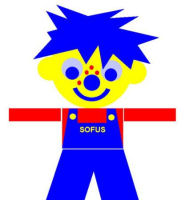 Sofus Interplay
Here I am with open arms,
blue hair,
4 freckles,
large ears,
a big smile,
my very new overall trousers
and a red Shirt
inviting customers, colleges and cooperators
to play with me.
To work together with me.
Then it becomes more fun for me and more fun for you to go to work.
We will become more enthusiastic.
We will communicate better,
and what is most important,
we will be better troubleshooters concerning those problems,
that always will arise in an interplay.

Sofus Decency
Just for fun I have put on a halo.
I am not very holy.
I love beer and girls as everybody else.
But in a cooperation, I believe there must be some rules.
I keep what I promise.
If there are any changes in what we have agreed
we have to talk about it,
even if it can be difficult.
My intention is that whatever I have committed myself to,
will be achieved.
In this way I can assure myself and anybody else that my work will be done in the same way every time
achieving the highest possible standards. 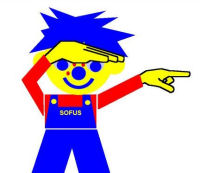 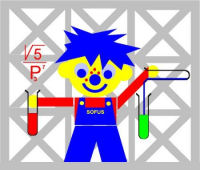 Sofus Challenge
Recently I was in the city of all cities, Paris.
I was in the Louvre where I saw Mona Lisa, I was
in Montmartre,
here I saw Place du Tetre with all the exhibiting and working artists, and
I saw the huge white cathedral Sacré-Coeur.
And I saw everything else you have to see in Paris.
For instance the old Triumphal Arch and the new one.
I was at the top of them both. I had to use the stairs in the old Triumphal Arch,
but fortunately there was an escalator in the new Triumphal Arch.
The Danish architect Johan Otto von Spreckelsen has created a spectacular edifice.
Of course I was at the top of the Eiffel Tower, too.
But is is old.
It is rusty.
it is heavy, heavy, heavy
it must be hard to maintain.
When you are taking the escalator to the top it creaked and made disturbing sounds.
You almost believed that.....
I think Paris needs a new Eiffel Tower.
As I returned home I wrote to the Mayor of Paris:
Marie de Paris Bertrand Delanoë
Hotel de Ville
5 rue de Lobau
75196 Paris RP
I told about the new tower, it is 50 meters higher than the Eiffel Tower is today.
It is erected in the park Champ-de-Mar on Place Jaques Rueff between the river Seine and Ecole Militaire.
The new tower is constructed of light materials free of maintenance and of very strong materials.
Splendid idea, Bertrand Delanoë answered,
and asked for more details,
stressing that the architecture should be like that of Spreckelsens new Triumphal Arch.
Copying if possible some of the modernism and elegance of the new Arch in the Defence.
I went to my laboratory.
To invent the right material.
Concerning durability.
Concerning strength.
Concerning weight.
Etc.
And to find the right way to construct the new Eiffel Tower.
And finally to make tests.
As I had finished my work I showed the entire project to
Bertrand Delanoë.
He loved the project and he was enthusiastic about implementing it.
SOFUS had invented a brand new modular system of building blocks.
It was world news.

The new Eifel Tower built in Fibre Composites Materials
- applying tomorrow's materials today
Next time you are in Paris, you must visit Champ-de-Mar on Place Jaques Rueff. 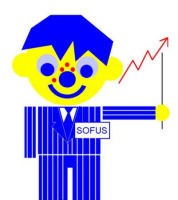 Yield a profit Sofus
I have put on my office clothes and I have had my hair done.
Now I am ready for talking about money.
To keep a business going it is necessary to earn some money.
Then we can still strengthen our knowledge and become less sensitive towards declining markets.
Our customers must be as satisfied as we are.
We must price our products reasonably, and sell reasonably,
so that we yield a profit.


And SOFUS became a hit.
New SOFUSes and new stories were created 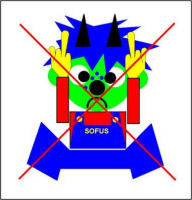 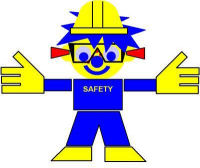 As a tribute to the employee's children we made a coloring book in English, Danish and Italian
that your children can download and colorize
The story ..get rid og Angry-Sofus (in English) - the coloring book.
The story .....bliv fri for Vrede-SOFUS (på dansk) - malebogen.
La storia LIBERATI DA SOFUS ARRABBIATO (in italiano) - il libro da Colorare.