Background.
The story-making picture.
For a longer period of time I have been working with the story-making picture.
At the same time I have written stories about the creation of the pictures,
the inspiration and the symbolism of the pictures.
I have encountered an enormous interest concerning these supplementary stories.
The story-making picture can communicate globally.
The picture-making story.
In the book "The Dream Society",
Rolf Jensen writes as director of Copenhagen Institute of Future Studies,
that “the battle about market shares will be the battle between stories”.
Having attended a seminar with the famous storyteller Carsten Islington,
I understood the power of storytelling, that is the power of the picture-making story.
At the seminar I debuted as a storyteller.

My idea.
My idea is combining the story-making picture and the picture-making story in order to obtain a
highly effective tool to communicate important messages to different target groups.
When you do this in simple shapes and bright colors,
concerning pictures as well as texts,
the tool becomes very pedagogical and has a remarkable power of penetration. 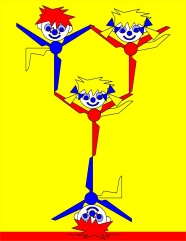 …storytelling motifs can be pedagogical - or

..storytelling motifs can be classical.

My definition of storytelling is not that of the buzzword storytelling.
I often use my own motifs and I enjoy using fiction.


STORYTELLING
...examples
Storytelling in general  - an article translated and edited by Asbjorn Lonvig. 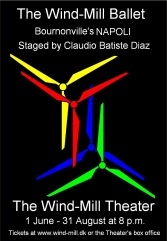 The story about Easter Island (in English) - storytelling with other Asbjorn Lonvig motifs.
Other examples: