A worldwide celebration
of Hans Christian Andersen in 2005.
Here logo to the musical:
Fairy Tale in the Back Yard 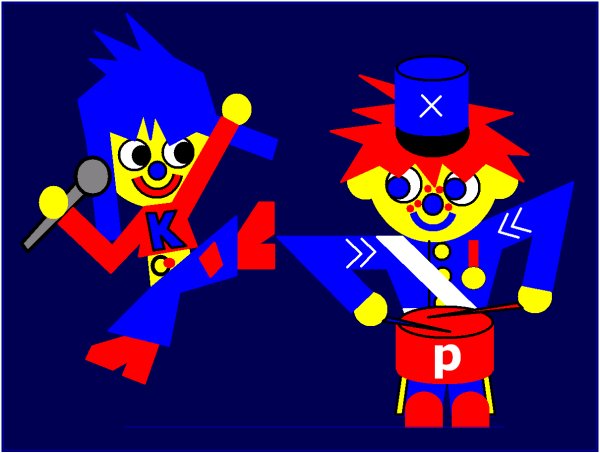 Hans Christian Andersen
Festival Plays in The Funen Village in
Odense, where Hans Christian Andersen
was born in 1805, announces its logo for 2005 and
the musical "Fairy Tale in the Back Yard". The musical is written by director Erik Bent Svendlund.
The musical has the main characters Kitty, who is a singer form today's world and
a member of a rock band -  and the fairy tale character Peter.
Peter is a drum player in the army and he just has returned from war.
I have the honour to design the logo and poster each year.
I made it in 2000, 2001, 2002, 2003, 2004 and now in 2005.
2005 is something special.

In 2005, the most well-known Dane in the world, author Hans Christian Andersen, would have been 200 years old.  The anniversary is being celebrated with a huge cultural year devoted to Andersen, both in Denmark and worldwide.

How it's done?
The poster and logo will be used for many purposes,
cover of the program, on the internet, on T-shirts, on caps etc.
My goal is to make a colorful poster, which is one of a series of 10 posters, that I have been asked to make.

So far I have "The Tinderbox" in 2000, Simple Simon in 2001, the Shepherdess and the Chimney Sweep
in 2002, The Nightingale in 2003 and Thumbelina in 2004.
The first thing to happen is that I am told which musical The Festival Plays intend to play next year.
Even before this year's performance.
I read the manuscript.
I begin drafting.

director Erik Bent Svendlund
The printer makes the motif ready to print on a computer and I verify it if necessary.

as huge signs, wing design on stage or among the audience etc.
I suggest this graffiti 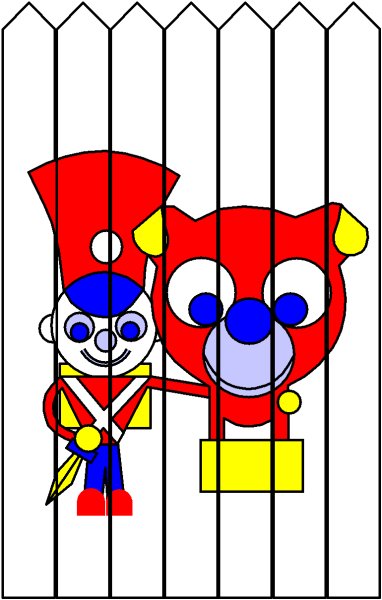 The Tinderbox graffiti
on the back yard fence 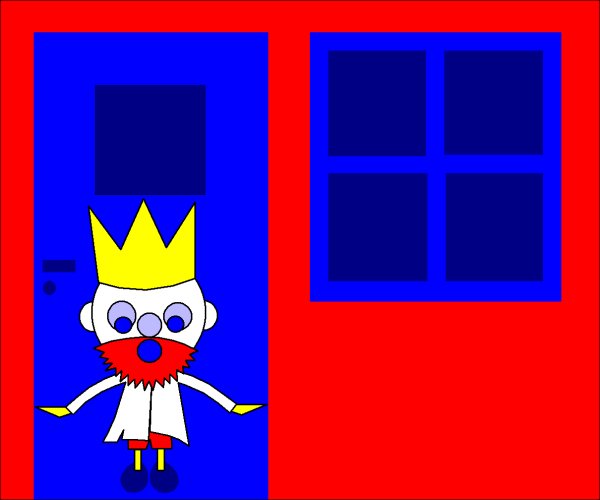 The emperor graffiti
on the back yard house 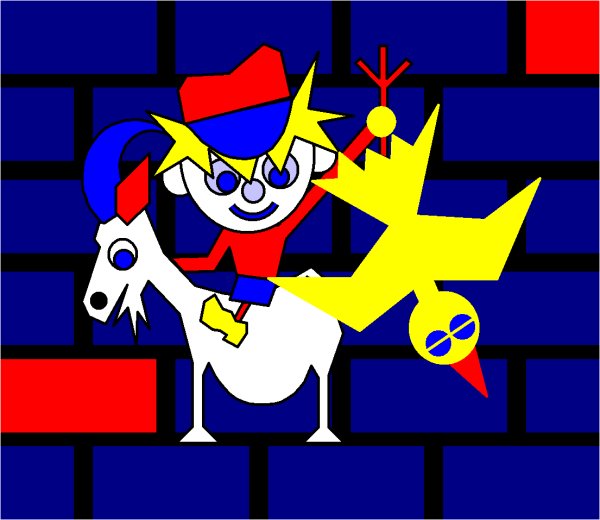 The Simple Simon graffiti
on the back yard wall 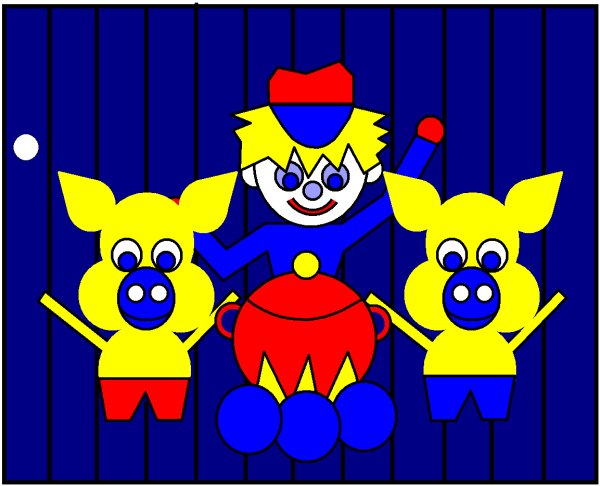 The swineherd graffiti
on the bach yard billboard 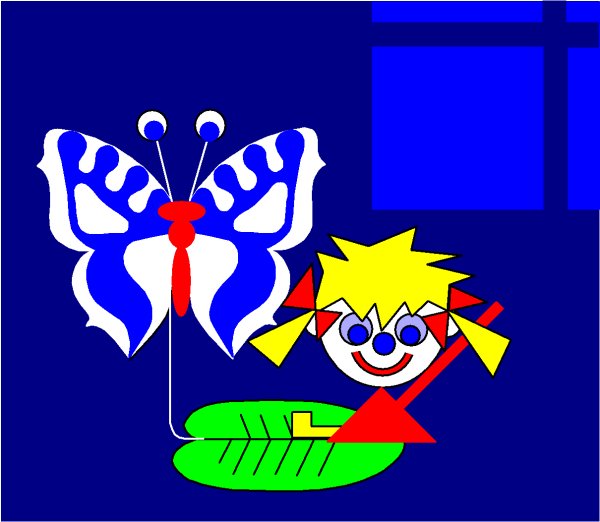 The Tombelina graffiti
on the back yard shanty