If you would like this Children's Coloring Book ready to print in a Word document  - click here.
SOFUS coloring book.
for Fiberline Composites A/S, Kolding, Denmark

by Asbjorn Lonvig, artist/designer Link to me - I'll reciprocate. Contact me
Site navigation.


...get rid of Angry-SOFUS
Hi, here is SOFUS.
SOFUS lives in a City called Kol-ding 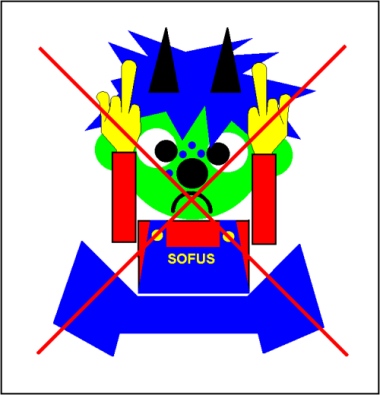 in a country you might not know.
It is called Denmark.
It is a country in the Northern Europe,
member of The European Union.
You might however know someone from Denmark.
Do you know the fairy tale writer
Hans Christian Andersen
he was born close to Kol-ding in the City of Odense? 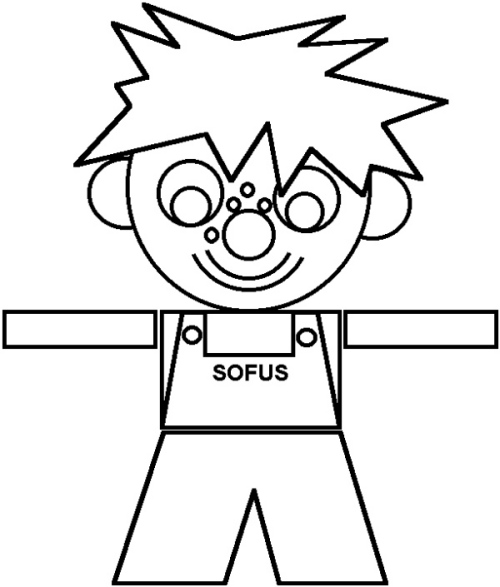 This is SOFUS-Interplay.
He has opened his arms.
Ready to ask other children if
they would like to play.
He want them to become his friends.
SOFUS-Interplay never fights other children.
He simply solves any problem.
Color him with red, yellow, green and blue
so that everybody can see he is a pal. 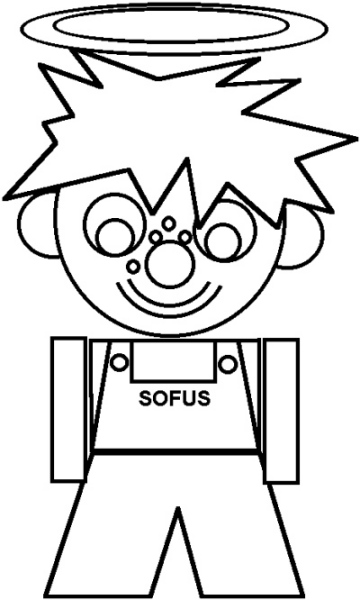 SOFUS-Decency is not a saint.
Just for fun he has put on a halo.
But he keeps his promises.
So he is very good to play with and
you bet
he sticks to the rules when we play soccer. 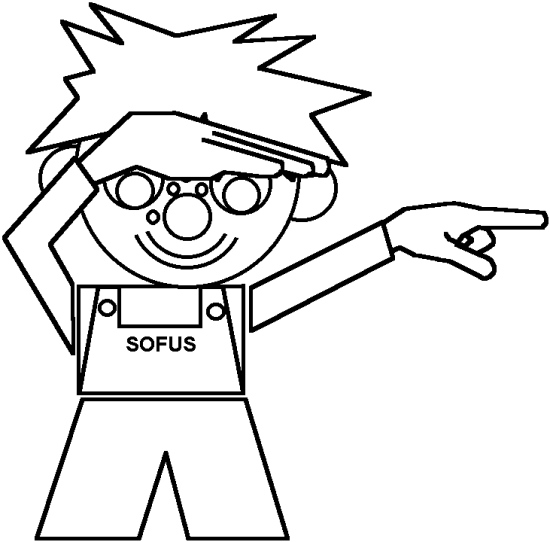 SOFUS-Foresight keeps a sharp lookout all the time.
He can nearly tell us what the future will be like.
He surely always knows what to play next. 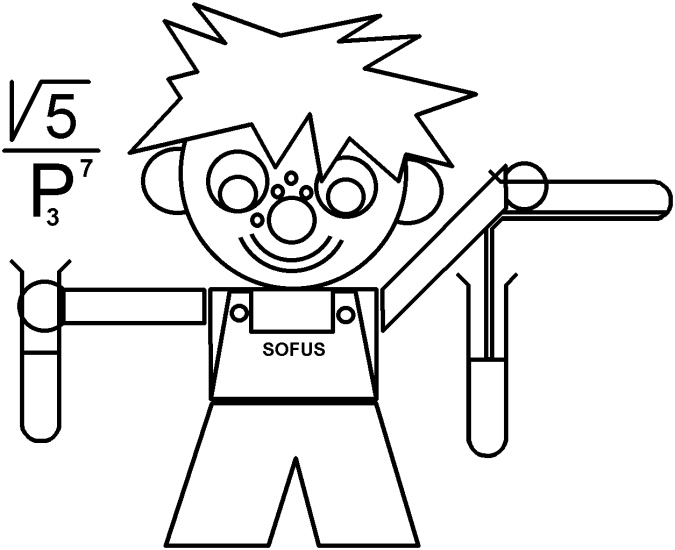 SOFUS-Challenge is always examining something.
He is very curious.
He knows a lot.
He already knows, that he would like to become a scientist when he grows up.
And when the children need a good idea they ask SOFUS-Challenge.
They never ask in vain. 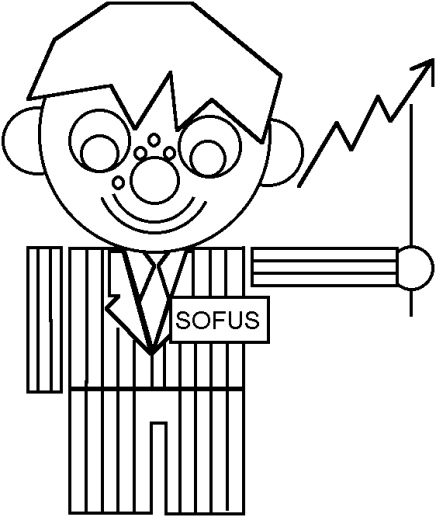 SOFUS-Sound-Economy is the financial genius.
He loves math in school.
Anytime there is project,
SOFUS-Sound-Economy calculates a budget and sees to
that nothing goes wrong.
If one penny is spent and it is not in SOFUS' budget
the person who committed the crime is severely punished.
SOFUS' projects always have sound economy. 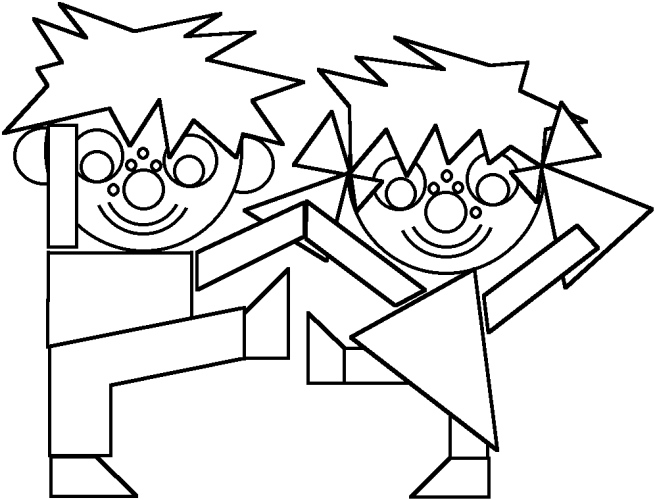 Here is  Dance-SOFUS and Sofia.
Amusement and joy is the most most important
activity of all.
Giving you new energy.
Recharging your batteries.
Regaining strength.
And dancing with a nice girl like Sofia makes Dance-SOFUS feel good.
Very well.
Some day he might give her a kiss. 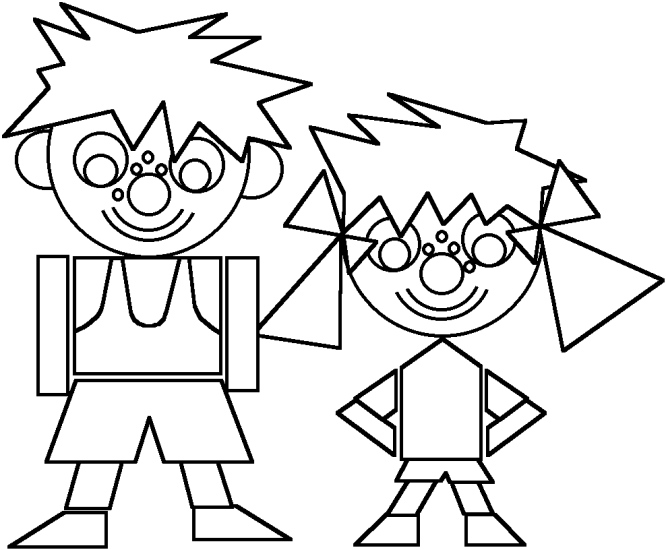 Sports-SOFUS and Sofia.
Everybody must relax now and then.
That is part of being fit.
Fit for fight.
And it is important to do it together with somebody else. 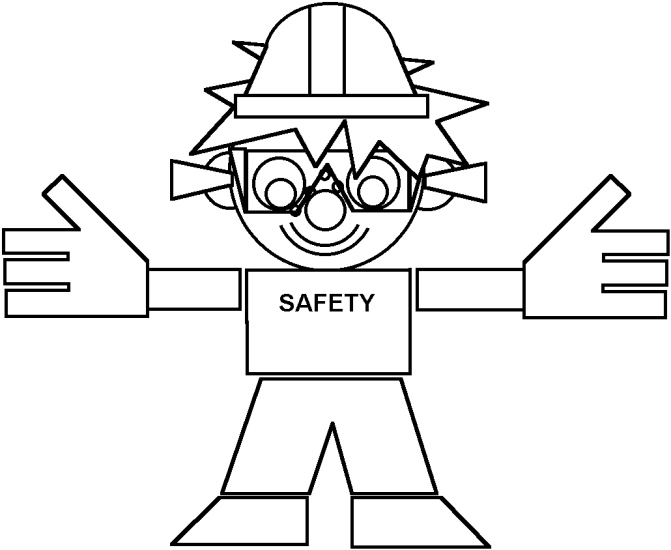 It is important to avoid accidents and to manitain health.
At SOFUS' father's place of work
Safety-SOFUS takes care of the working environment.
Doesn't he look cool? 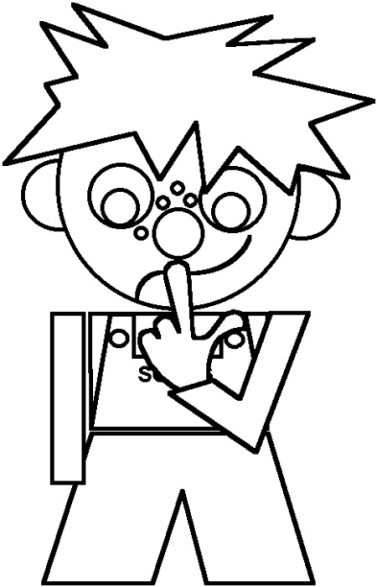 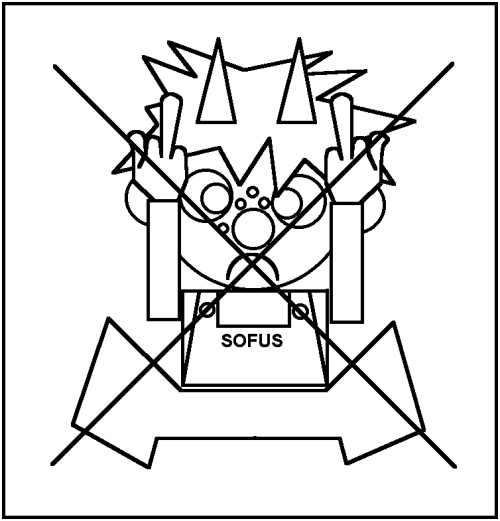 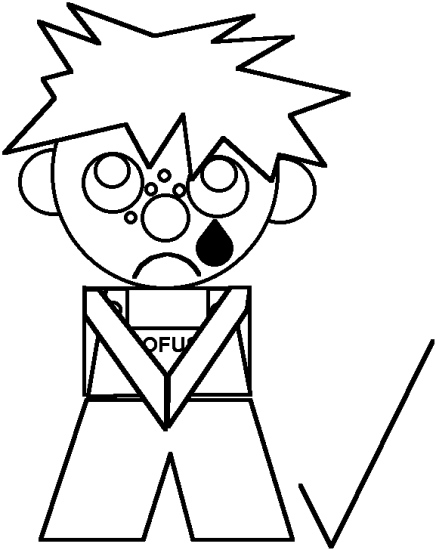 Never do as Ostrich-SOFUS.
He hides by putting his head down into a hole.
Never hide your feelings of sadness.
If you hide your head
you cannot solve the problem. 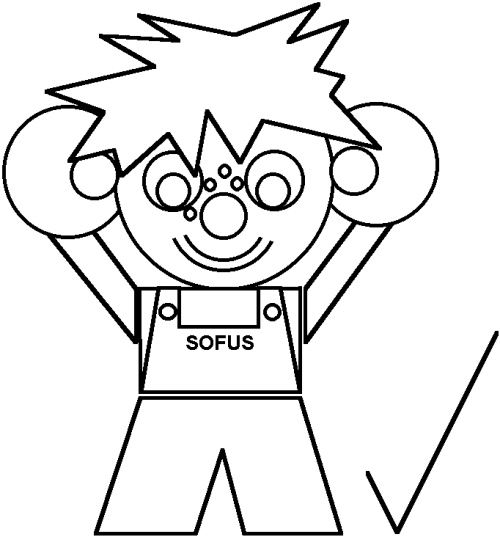 Talk to somebody.
Do not talk to anybody.
Talk to somebody with two ears.
Two large ears.
Talk to  Two-ears-one-mouth-SOFUS.
Have you ever wondered
why you have two ears and one mouth?
It is because you must listen
twice as much as you talk.
Listen to your friends when they are sad. 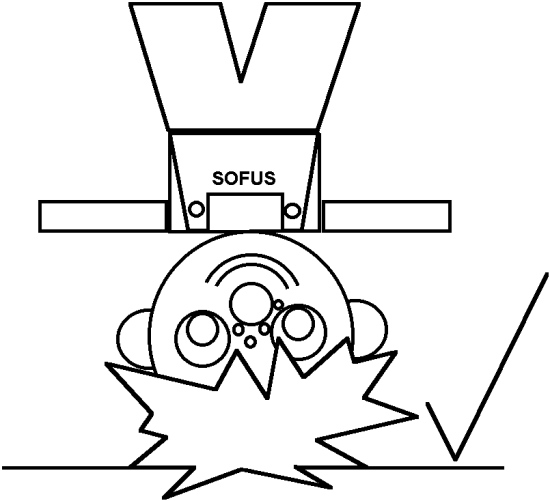 Stand-on-his-head-SOFUS.
When you have talked to Two-ears-one-mouth-SOFUS
you are released from being sad.
You are happy again and
you can stand on your head
for your pals
being a good pal yourself. 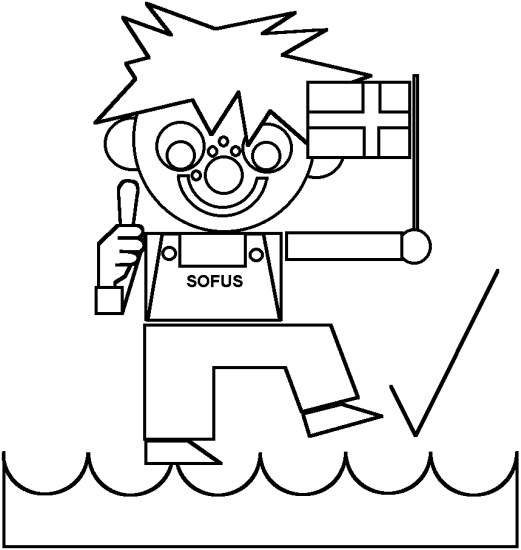 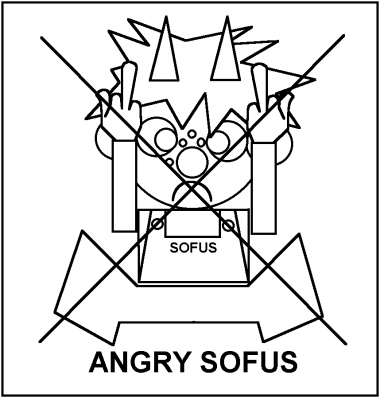 Use the 4 adjoining pictures below as a poster in your kindergarten, in your class room or in your own room. 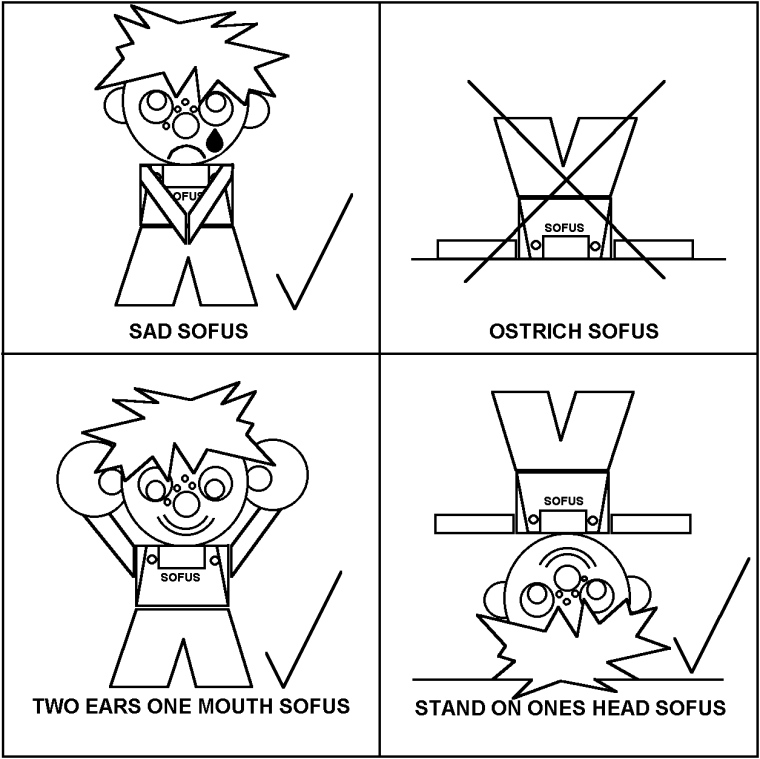 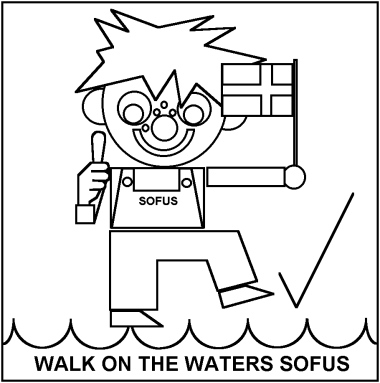